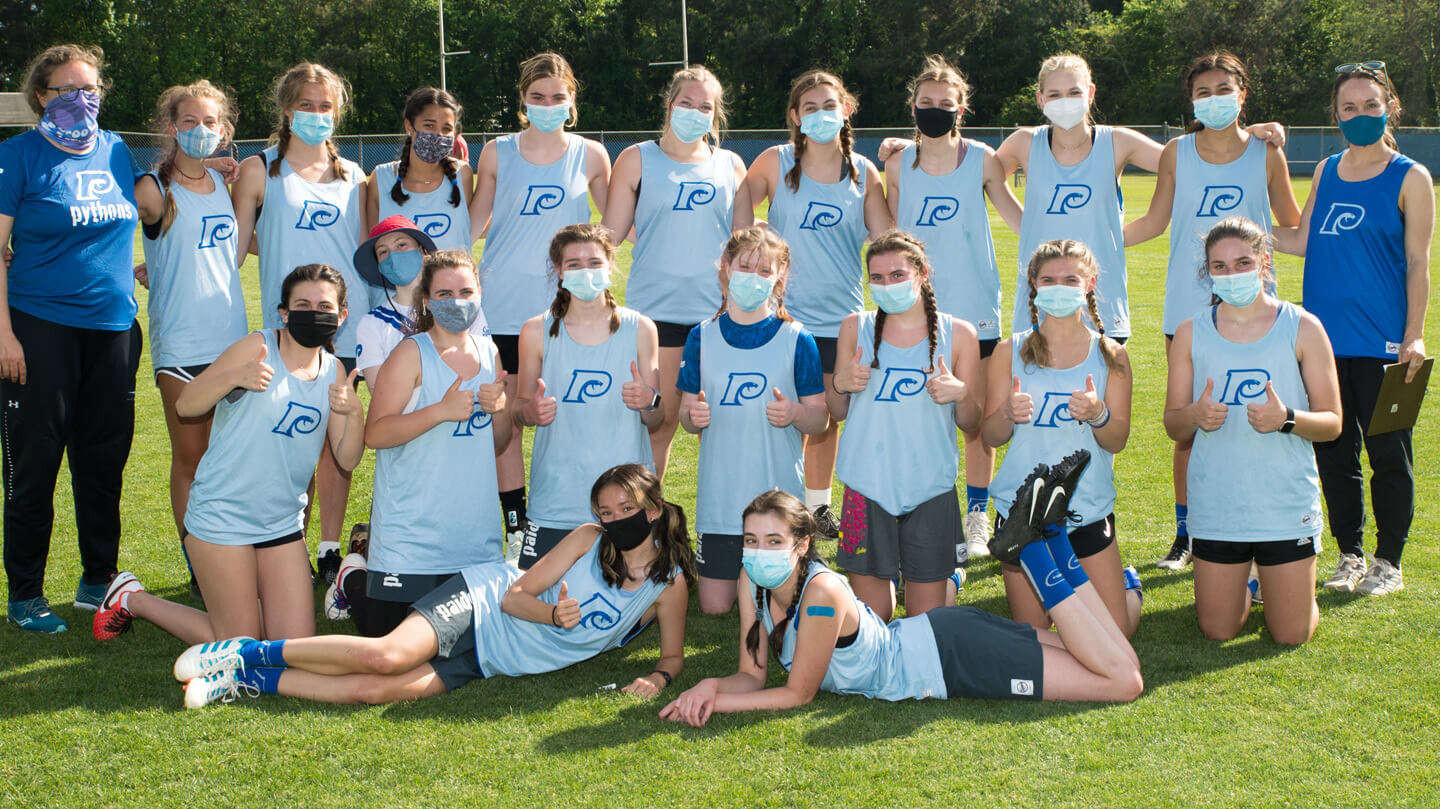 Miranda Knowles (Paideia alumna 2000) has been coaching the Paideia girls' varsity ultimate team for six years.  In that time, the team has won six state championships and over 100 games.  Miranda learned to play ultimate at Paideia with the boys' varsity team under varsity boys' ultimate coach Michael Baccarini before attending Carleton College where she won the Callahan Award and majored in neuroscience.  She then moved to Seattle to play for Seattle Riot and earn her masters in physiology and biophysics at the University of Washington.  She taught and coached at Lakeside School (Seattle), Seattle Academy of Arts & Sciences and YK Pao School (Shanghai) before coming back home to settle in Kirkwood with her husband (Matthew) and daughter (Madeira).  Miranda has also played and coached on many U.S. national teams and consulted for Chinese, Israeli and Colombian national teams and programs.  In addition to coaching girls' varsity ultimate, she coaches the junior high ultimate and girls' basketball teams.  Miranda is assisted by Anraya Palmer and Katie Franchot, both elite ultimate players for Ozone and Bucket, respectively, and proud graduates of the ultimate programs at the University of Georgia and Georgia State.