First off, tell us a little bit about your background. What all have you been doing since you graduated Paideia, and where are you now? 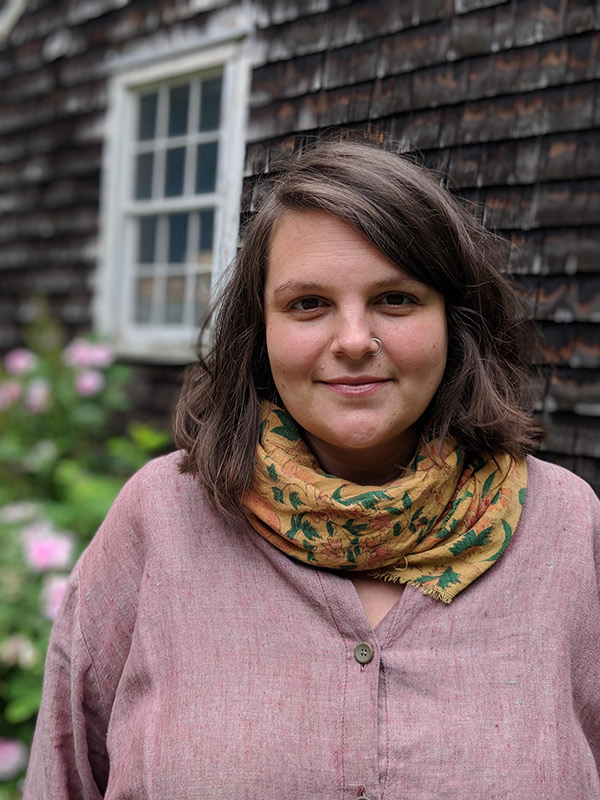 After graduating Paideia, I attended Sarah Lawrence College in New York where I studied art and history, focusing mainly on the revolutionary movements of the 1960s and 70s. I also worked for a program called Right to Write, where students collaborated with people at a local jail on various writing projects. It was there that I began to think more critically about incarceration and its devastating impact on people’s lives. After college I worked as a court advocate, trying to divert people away from the prison system and into alternative programming. I had really mixed feelings about what I was doing. Most days it felt like I was helping the criminal legal system function, as opposed to dismantling it. Eventually I went to law school at CUNY School of Law in New York City and met some brilliant lawyers who I admire and get to work closely with every day now.

With regards to Parole Prep, tell us about your mission and what led you to come up with this idea?

The idea for Parole Prep actually came directly from people in prison. We just implemented their vision. There is a group at Otisville Correctional Facility called the Lifers and Long-termers Committee that is made up of people serving long sentences. Many have been in prison for decades and are entering their 60s, 70s and even 80s. They are really the leaders inside the prison, mentoring younger people and facilitating workshops and therapeutic groups. In 2013, this Lifers Committee put out a call to attorneys and advocates, asking for assistance with their applications for parole. In the beginning, we worked with just a handful of people on preparing for their parole appearances. In the last seven years though, we’ve trained about 600 volunteers and worked with nearly 275 people serving life sentences in New York State prisons. Just for context, there are 48,000 New Yorkers in prison today. About 9,000 people are serving life sentences, which essentially means that after about 25 years, they are eligible for release. The problem is that the Parole Board is a highly punitive and racist body, and denies parole to the majority of people who come before it. Many people are denied parole repeatedly and end up serving decades on top of their original sentence. Some people will never make it home, dying behind bars before ever being granted release.

Is there anything the Paideia alumni community can do to support you?

Yes! Parole Prep is a small nonprofit that is almost entirely volunteer-run and we’d be so grateful for your support via our website paroleprepny.org. These contributions help us over the costs of prison visits and phone calls. We are also always in need of supplies like stamps and envelopes, which you can send directly to our office at 168 Canal Street, 6th Floor, New York, NY 10013. Parole Prep is a 501(c)(3), so all donations, including in-kind gifts, are tax deductible. Lastly, if you live in New York State and want to volunteer, please sign up on our website.

Which teachers and/or experiences during your time at Paideia helped shape who you are and what you do? Any favorite teacher(s) you want to give a thank you or shout out to?

My English teachers Clark Cloyd and John Capute helped shaped my understanding of what it means to be a person in the world. I know that sounds a little vague and heady, but they really helped me understand what it means to be human—to suffer, to thrive, to crave community, etc. I think they also laid the foundation for my own beliefs in mercy, redemption and forgiveness. I remember reading, especially in Clark’s class, fiction and short stories about characters who had done awful things. And I remember part of our work as students was to explore what it meant to both despise a character and also understand them and their motivations. Of course this is about empathy, but also love, which is such a radical thing!

My favorite teacher though was and always will be Ginger Birdsey. Ginger used to let me hang out in her classroom during lunchtime and after school. We’d turn on music and she’d sit at her computer or touch up a piece, and I’d be on the floor, working on my own art. She would offer feedback and warm encouragement, but also let me do my own thing. I felt so seen and supported by her.

If you could go back in time and give the high-school version of yourself advice, what would it be?

I would tell myself that there’s so much more ahead. I thought I knew a lot in high school. I certainly knew some, but definitely not everything. Learning is a forever, lifelong process.