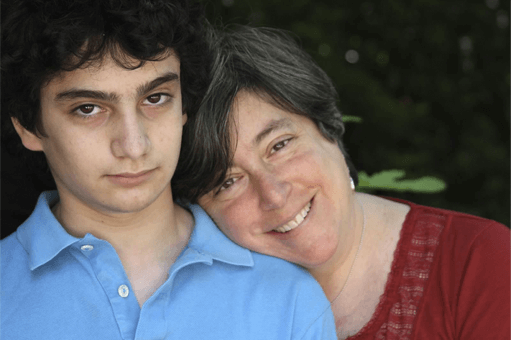 Jana Eplan ’81 describes what it was like to be at Paideia in the early years and now currently as an engaged alum and Paideia parent. Her critical role in creating the AAC (Alumni Advisory Council) along with Jennifer Swift ’88 has created a way for alumni to stay involved with Paideia for years after graduation. And you might be surprised to see who her Human Sexuality teacher was back in the day!

When did you start at Paideia and what brought you here?
I started at Paideia in fall 1976. My brother and sister had started there three years earlier. My mother was an educator and, though VERY rustic at the time, she agreed with the early philosophies of the school and could see what Paideia was going to be

Do you have a most memorable course or person from your time at Paideia?
Many: Human Sexuality with Paul Hayward and Sandy Little, Adulthood with those same teachers which taught me how to balance a checkbook and rent an apartment and create a resume, The Middle Ages with Rosemary Simpson in which she ended each class with a torture of the day, every art class I could take, every time Paul Bianchi subbed for any teacher, my first job in aftercare, and my one stage moment in a Jane’s class play.

As an alum you, along with Jennifer Swift '88, started the AAC (Alumni Advisory Council). Tell me about that.
First of all, it was memorable working with Jennifer Swift. I learned so much from watching her with her students and with the alums of all ages. We learned about the cultural memories that came with a Paideia diploma and that we might not have known each other but we were raised by the same people.

During one of those meetings we had Jose come and talk to us about learning and technology and he gave us a demonstration on the ActivBoard. Old and new Paideia merged together.

How would you encourage other alums to get involved with Paideia?
There are so many ways to get involved as an alum; the alumni play dates, the annual gatherings, class reunions. We often ask alum to mentor younger alum and to answer questions about colleges or careers. But the good news is that Paideia is open to any ideas about how to engage the alum, so if you have an idea, please fork it over.

Now as a Paideia parent, how has your view of the school changed? Do you see any similarities or differences in your children's experience and yours?
I was a little worried about how my Paideia memories might be tarnished when I had a kid there. But my children's experience at Paideia, while not the same as mine, have been life changing for them and for us as a family. My children have been involved in different ways than I was and their favorite teachers might be different than mine but what they learned is what I learned; how to learn, and how to give and receive respect from wonderfully open minded and informative adults.

How does Paideia inform who you are now?
I hope that I make better decisions because of being at Paideia, maybe because of the way we were taught to learn and maybe because we watched our own teachers stand for the moral issues that they cared about. I still can't balance a checkbook though...