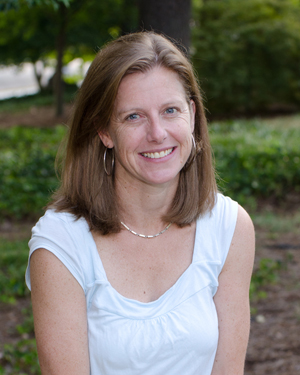 Jennifer Swift ‘88, Paideia teacher, parent and outgoing chair of the Alumni Advisory Council (AAC), addressed the ’09 graduates at this year’s senior dinner. Jennifer has served on the AAC for five years. Her leadership will be missed greatly. Here is an excerpt from the speech that she shared with the newest alums of our school:

“Hi, I’m Jennifer Swift, class of 1988, and together with Jana Eplan, I have chaired Paideia’s Alumni Council for the past five years. I have the honor this evening of welcoming you to becoming members of the Paideia alumni. After Saturday, there will be 2,120 of us living in 50 states and over 20 countries around the world. And I’d like to give extra congratulations to the 13 of you whom I taught long ago in junior high. You were a really special group, and I’m so proud to see you sitting here tonight, looking and smelling a whole lot better than you did six years ago.

While I know that the last thought on your minds tonight is contemplating the ways you can stay connected to Paideia after you graduate, I am here to tell you how important that is to the school and its future. At our last Alumni Council meeting, we asked Paul Hayward [high school coordinator] to speak. Typical of a teacher, he opened with asking the 15 alums present, some who had graduated as many as 30 years ago, to share what the most important part of their Paideia experience was.

Many spoke of the relationships with the faculty, people they felt cared for them and helped shape who they became. One mentioned the arts, which is impressive since “the arts” at the time she graduated consisted of macramé, the recorder, and the glockenspiel. Another said that he loved the freedom to question and experiment. Lots of people came back to the idea of just being known for who they were—and loved— for better or worse. But the one that touched me the most was the woman who spoke of being nine years old and having her mother die of cancer. In the aftermath, she said, “There was my dad, and there was Paideia.” And she told us this as she looked down upon her five-week-old baby, along for the meeting, a little girl whom the woman proudly described as “Paideia class of 2027.”

As Paul pointed out, none of the responses had to do with the buildings, the parking, or even the size of the school, but they did reflect Paideia’s spirit, direction, and priorities. And this is where you, future alums of Paideia, have a crucial role in keeping that alive, not just by working for the school, which 22 alums currently are, or by giving money (though money is good), but by staying in touch, letting us know what was important to you then and is now, bringing your voice to the table and supporting the school that for so many years has supported you.

Alums have told us they feel they need an invitation to come back - you do not. You are why we teach… We want to know what becomes of you, what you remember, what helped you get where you are years from now.