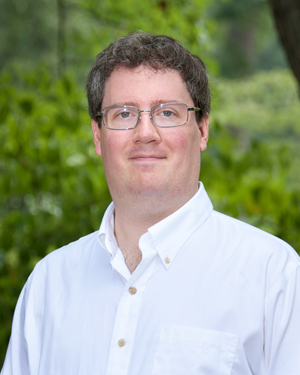 Thinking about the question of “Why I Teach”, I have come to the realization that there are really two parts to that question. “Why did I start teaching?”, and “Why am I still teaching?”. And I think the fact that those are somewhat different questions has a lot to do with the fact that most people don’t quite get what teachers do for a living. That gap between what people think teaching is about and what we actually do really gets at the heart of the matter.

Let me tell you a story. This is a story that my mother told me one afternoon when I was maybe eight years old. The fact that she knew I would appreciate it actually tells you a lot about Why I Started Teaching.

A group of scientists were working on a project to create artificial intelligence, trying to create a machine that would not merely compute but would really think in the same way that a person would. They were beginning to doubt whether they would ever be successful, and one day they decided to ask their latest computer what it thought about the situation. “When will computers truly think like a human being?”, they asked the computer. The computer gave it some thought. Circuits hummed, lights flashed, and after a while it came up with a reply. “Let me tell you a story…”, began the computer.

The principal reason my mother thought that I would enjoy that story was that this was a story that was thinking about thinking. I was always at least as interested in the process of thinking as I was in the actual results of the process. When solving a math problem, I would pay attention to what I was thinking, and what information was most useful, not just the answer to the question. That’s arguably an early sign that your kid might grow up to be a math major. It’s also one of the most essential skills I need as a math teacher.

When teachers explain a subject to the students, or answer a question in class, we are paying attention to how to reason through a problem, thinking about what other routes somebody might take to arrive at the result and thinking about what aspects of a problem reflect important general principles that you want to emphasize. I think all of us as teachers understand that what we are trying to teach is not just isolated facts. We are trying to help students learn how to think, how to pose a question, how to figure out what information to focus on, and how to connect new information to what they already know. Amongst other things, we are teaching our students how to learn. If you aren’t thinking about the process of thinking as a math teacher, you are largely missing the point of your own subject.

Incidentally, another thing that I only partially understood at the time was that the story is recursive. The story is telling us the deep truth that all deep truths are explained by telling a story, and of course doing it by telling a story. It is also more literally recursive: the story the computer is beginning to tell at the end of the story is the story we just heard. The story is, at its heart, a kind of infinite loop. Not that recursion is why I think the story is important to teaching, but it’s definitely part of its appeal for me. A fondness for recursive story-telling is another early sign that a kid’s going to grow up to be a math major. Later on, I would discover Douglas Hofstadter, Italo Calvino, and Christopher Nolan. My favorite limericks are, predictably, “There once was a man from Peru, whose limericks all stopped at line two”. And of course the even shorter “There once was a man from Verdun…”

So “why did I start to teach?” I liked thinking about math. I liked explaining math. I felt that I was pretty good at explaining math. Hey, why not go into the math explanation business? That’s a lot of why I started teaching, but that’s not an adequate explanation for why I still teach. Let’s face it. I’ve been teaching for about 20 years now. Fundamentally, I’ve been explaining the same kinds of math for all 20 years. Even allowing for a bit of evolution in the approach, new technology, and so forth, if the job description ended at “explain some math to these kids”, I’d have moved on after the first four or five years, or gradually turned into Edna Krabapple from The Simpsons.

So one last look at that original story. Who is the most interesting and likeable character in the story? Well, it’s not a story that’s big on characterization, but the computer is clearly the hero. And up until that last line, you don’t even think of it as a character. Yet when it says “Let me tell you a story”, you suddenly start to like that computer. It has a personality. A sense of humor, even. This is a computer you might want to have a real conversation with.

So here’s the part of the story that gets near the real answer. Not so much that we learn through narrative, although I think that’s fundamentally true, and important to bear in mind as a teacher, but, in the end, we learn by making some sort of emotional, personal connection with somebody. We learn through humor. We learn through empathy. In fact, we often teach others as much by listening as by talking.

I said way back at the beginning that I think most people don’t quite understand what teachers do for a living. Here’s how you can tell. When I tell people I teach high school, a lot of them immediately respond with something like “Wow, I couldn’t handle dealing with teenagers all day” or “Just you and a room full of teenagers? I hope you get combat pay for that.” When it comes right down to it, the reason I still teach is the kids. That’s why we all still teach; not just out of some vague sense of pity or sacrifice, that we must somehow put up with these pests for the future of the species.

Kids are amazing. Not just the occasional kid every once in a while is amazing, but pretty much all of them are amazing on a regular basis. Kids need to be told that. What they need from us, and from their parents, is to feel that the adults in their life understand them, appreciate them, and are rooting for them; and not in some sort of silly self-esteem culture way, where everybody gets a trophy for participating. Kids are great at detecting baloney and hypocrisy.

Of course, I’m preaching to the choir telling a bunch of Paideia teachers about the importance of appreciating our students as individuals, and letting them know that we understand them. If we didn’t believe in that sort of thing as an institution, graduations would be a lot shorter. But if you look at that as being as much your job as explaining subject matter, it transforms your understanding of the job. It explains why it’s not boring to teach two or three sections of the same class in a day, and why teachers stick with it for decades

You hear a lot about how classrooms and teachers are about to be made obsolete by technology. Why should people pay good money to have a guy explain the same math over and over when you can pay somebody from Khan Academy once and then just watch him on YouTube? Because that’s not really what a teachers job is, or at least not the part that’s worth paying for. I suspect the people who think teachers are outdated are descended from folks who said the same thing after the invention of the printing press.

Honestly, I did have a bit of an inkling of what the job really entailed when I signed up for it. Studying Mathematics on into graduate school, there was increasing pressure to specialize and focus. Suddenly, a lot of the things that I cared about and thrived on were just unwanted distractions from whatever I was supposed to be thinking about. Now, at a minimum, they’re potential short term courses. But more than that, if we are trying to teach the whole child, to pay attention to the social, ethical, and creative parts of their development, it requires a whole teacher. We are called to be fully present, both in the classroom, and in the moment.

When Nadia Boulanger was asked what it was like to be the first woman to conduct the Boston Symphony Orchestra, she replied that, having been a woman for fifty years at that point, some of the novelty had worn off. I think we all can forget some of the things that make our own lives and personalities seem amazing to others. We’ve been ourselves so long that the novelty has worn off. But all those things we try to give our students – that feeling that somebody else understands you and thinks you’re pretty amazing – we get back from the students. They want to understand you, and they genuinely appreciate the things that make you unique. As much as we try to inspire them to be creative and try the things they aren’t sure they’re even capable of, they inspire us to do the same thing.

Why do I still teach? Because when we build a community that is quirky, lively and supportive for the students, we get to share it with them. When we do our jobs correctly, the simplest answer to the question “Why Do I Teach?” becomes “Why Would I Want to Leave?”